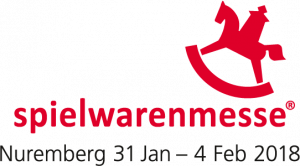 I’ve been following Zusammengebaut’s news out of the 2018 Nuremberg Toy Fair, and 2018 is shaping up to be a fun year for LEGO®! I think one of the most anticipated sets will be the LEGO® Ninjago City Docks that will connect to LEGO® Ninjago City. The city looks fantastic, and the only thing keeping me from buying it is the price! On the Architecture theme, the Statue of Liberty and the Great Wall of China will be released. Also coming soon is the Las Vegas Skyline, which from what I’m hearing, went through a redesign following the shootings last year.

LEGO® also announced new Jurassic World 2 sets. These will be available in LEGO® Junior and Duplo sets as well. Official set photos were released, unfortunately I don’t have any to share, but they are easy to find. I’m not sure I’ll grab any of those sets, as I really don’t have the need for any dinosaurs, but they do look like fun sets.

On the LEGO® Technic theme, coming this summer is the Bugatti Chiron. It will be 1:8 scale, and coming in with 3,599 parts. There are some other sets, Forklift Truck, Forest Harvester, Volvo Autonomous Loader, and a Rough Terrain Crane.

On the LEGO® Creator side, we are getting the rumored Pirate Roller Coaster, as well as a Candy Shop, Treehouse, Yacht, and a set called Truck Show. I can’t wait to see images for these sets!

There are new trains coming this summer as well, with new Power Functions! I was hoping to see a new steam train, or something along the lines of the retired Maersk Train. It’ll be interesting to see how these sets look, one is a City Passenger train and one is called a Heavy Duty train.

LEGO® is also releasing a blind bag set of minifigures from the LEGO® Unikitty cartoon on Cartoon Network. Looks like it will be 12 Unikitty figures that differ in color. I’m not sure how it will go trying to do the feel method to find them all, I guess we’ll know more when the images are released.

The last bit of news seems to indicate that NEXO Knights is coming to an end. I’ve never been that excited about this theme, so no loss from my perspective. It will be interesting to see what sort of Castle theme LEGO® releases in the future.

I can’t wait to see these news sets. The Roller Coaster should be really cool, and I hope it leads to a larger set to go along with the Mixer, Carousel, and Ferris Wheel. I think 2018 should be a fun year for LEGO®!